It Takes All Kinds to (Un)make a World

Not to give this site too much prominence, but while noodling around the Blogger Group Help page I found the blog Only In America. A rather angry guy, it seems. Calls himself Himself. Which seems only right.

I looked at his profile. He probably wouldn't like me. I'm too Buddhist. He prefers free thinkers. So, maybe he might like me. Cuz I don't charge for my thinking. Leastways, not on this Mental Blog.

Anyway, he had a link to the website (which I've embedded in the title) called Right Wing Stuff.

Here's an example of the stuff they sell: 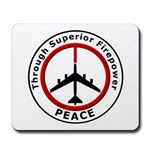 This is an example of the weirdness on the net. I mean, you think Larry's weird. You don't know the half of it. Hatefulness too. Side by electronic side with lunacy love & lechery. But I wonder if the people who market this believe as fervently as their website indicates, or whether they're just doing that Yankee thing...if it moves, sell it.

Scroll farther down on Himself's blog and you'll find a picture of what is presumably an advertisement for "Armor of God Pyjamas". It's LOL funny.
Posted by Larry Keiler at 1:09 PM

Email ThisBlogThis!Share to TwitterShare to FacebookShare to Pinterest
Labels: Blogosphere, US Politics, WWW

"Any publicity is good publicity"
So says the old, but I wonder how accurate an adage.But publicity you give me in some small way, to which I am grateful.
And in my fledgling career you gift me the rarest of coin, a comment and still rarer, a link.

Angry? you're goddamn right I am.
As Mother Earth's terminal illness worsens and increases, and she heads inevitably towards her demise, I can at best look upon it as the foolishness of man.

Apathy, inaction, even the continued poisoning of our dear Mother I can forgive, for it is the way of the beast that is us.
But what I cannot forgive is the manner in which stupid people glorify our Lemmingesque dash towards the cliff's edge.

I too had considered the "American thing" that the stickers and slogans were purely a matter of commerce, but nay, what is writ on such trash is what they be,their slogans are they.
And let us not forget that this crap sells, that cretins actually stick such shite on a vehicle and wear it with pride,a testimony of how they belong to the oh so macho right wing good ol' boy's club.
Therein lies my anger.

Of your beliefs, they are yours, and by no means the way of an apology probably the least harmful of the world's religions, the karma thing and all.

Here I shall in passing make mention of Saddam, for in doing so it explains my mission statement.
That he did what he did, that undoubtedly he was a bad bugger, but in doing and being he did and was without hypocrisy.

Himself is not a reflection of ego, but a much used Irish expression as in "And would himself be around?"

Thank you for your comment. I don't think you took it wrong, but in case you did, I want to clarify that the site I meant to not give too much publicity to was the Right Wing Stuff site. After writing it, I struggled with how to make that clear...and failed. So I just left it the way it was.

I understand "Himself." I've used it Myself, altho I'm not sure all the people I've used it with recognize it. There's another blog I comment on regularly, friends of mine at Dove Tale Writers where Larry always refers to Himself in the third person. That is an interesting exercise of the ego. And the memory. Cuz when he gets on a roll sometimes he forgets Himself and uses the all-seeing I.

Larry.
A kindness if you would.
This was left as a comment, I assume it has meaning, any to you?
ggfgggfd