My Way or the Highway (to Hell) 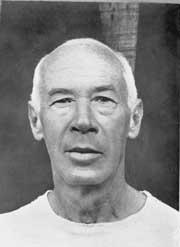 I've been reading Henry Miller again. Sexus at the moment. Read it many years ago, but I'm recycling. What an odd juxtaposition of philosophy and pornography. He must be the first writer to put the words "cunt" and "Lao Tzu" on the same page. No wonder he got himself into so much trouble.

Which brings to mind the erotica seminar at the recent CanWrite conference...I couldn't stay for the whole thing, or even most of it. But I did have one observation. All the panelists were women. Why is that? Women write erotica and men write pornography?

At least I was able to hear that we've all gotten past the "throbbing member" and "heaving bosom" stage. Apparently. On the other hand, I did happen to overhear the panelists discussing (before the session started) how hard it was to read out loud in public words like "nipples" and "blow job".

But that's not really what I meant to write about. Here's a quote from the "First American Publication" of Sexus, the Black Cat paperback, which must have employed amateur or semi-literate typesetters or lazy proofreaders...either that or they were so preoccupied looking for the sexy bits they forgot to pay attention to integrity of the manuscript...Anyway, p. 270 of the paperback:

The world has not to be put in order: the world is order incarnate. It is for us to put ourselves in unison with this order, to know what is the world order in contradistinction to the wishful-thinking orders which we seek to impose on one another.

I don't know enough about Miller's life to know whether he really believed this or not. Seems to me anyone with a modicum of wisdom eventually learns this. But knowing and practising are two different things. And don't I know that...?

Knowing and practising...What Miller says here has actually been percolating in my brain for a couple of months. I think it's mostly what is wrong with the world today. We're beset by fanatics everywhere who insist on having everyone do things the way they would like to see them done. Nobody wants to mind their own business anymore. We're all too busy minding everyone else's business. And so we go from a concept of government (for example) in which people freely band together in order to promote the common weal, the greatest good for the greatest number, to a seriously anal nanny-state which has the temerity to say "You'd better start eating fruits and vegetables instead of french fries or we might have to exclude you from any sort of health care..."! ie. we don't like your lifestyle, therefore, we're going to make it illegal. I begin to understand what the Michigan Militia is on about....

OK. So maybe I really am an anarchist at heart. And why I was so attracted at the tender age of 15 to Marx's idea of the withering of the state.

Yep, everybody wants things ordered to suit themselves. And so they begin to meddle. There should be a 12 Step program for compulsive meddlers. Probably every politician alive could be a member. You know, one of the slogans is Live and Let Live...

Of course, if you're a Buddhist, you maybe realize that this is a congenital condition. You take what is and organize it by means of the senses and sense consciousnesses...you organize it to suit yourself. You perceive it this way and no longer see what is. Rather, you see an interpretation of what is. One step removed from reality.

Ah, but knowing and practising...Here's what I want to get at...see, the next step, of which I have been egregiously guilty in recent months, is that what we do next is take our interpretation of what is and try to order that to suit ourselves. By now we're twice removed from reality! How many times have I set rules about the way things should be? And nobody seems to be listening! And when you come up against the intractability of reality, the invariable tendency of reality to be precisely what it is, all the way down to coffee grounds on the kitchen counter...the utter impossibility of lining up all the condiments in a perfect row just because you say so...what happens? You get angry. Thus is born the meddler! The self-righteous arranger. The warmonger. The dictator. The abuser.

How does that saying go? "If you want serenity, resign as manager of the universe."
Posted by Larry Keiler at 12:57 PM

After months of chaos, sick parents and then dead parents, sick child and now (thankfully) healthy child, managing a mammoth thing called a "writer's conference" into being, a living breathing monster that took on a life of its own, a rampaging wild being that, in the end, over which I had no control- just had to let it run of its own accord - after all that I found serenity in my garden today....

Life is messy. But there is a serenity within all that messiness too. If not within, then with-out, and if not with-out, then at the same time.

One thing I've learned is that all time passes - it takes its sweet time - and yes, time can be sweet. I hold the sweetness of my mother's memories to me, and the sadness and pain of them too. That is part of the sweetness too, I suppose.

Sorry Larry, this hasn't much to do with your posting perhaps - but I did want to let you know that I found peace today... finally... after months of chaos... and a week of conference recovery.

There is nothing wrong with me... so there must be something wrong with you. Let me establish order out of chaos. Its not so much as an imposition as it is for your own damn good.

The thinking of a sociopath…but hey they make life interesting. Smiles.

Thank god, DoveTaler, that I didn't set rules about how people were allowed to make comments. In fact, I'm pleased you feel comfortable enough to use this space to talk about things close to the heart. Hell, you can write your next novel here if you feel like it...but I fear you'll have only two readers, so far...me and Mr. Macon Bacon.

Oh, and Bobby, I've checked out the world's worst Buddhist again today, and have to say I'm impressed that you find the time to post so often.

As well as being the World's Worst Buddhist, I am also an obsessive compulsive Buddhist. So I have to write 500 words a day to feed my obsessive nature. It takes a half hour to write 500 words and my brain is so cluttered, I never lack for words. I have no goals or quests other than write the 500. My only rule about writing is to attempt more good than harm.