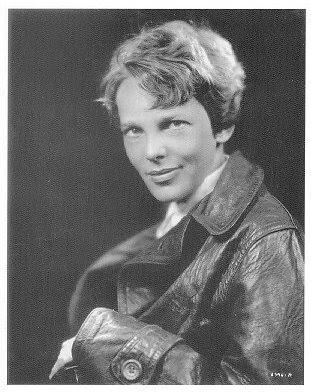 
WASHINGTON, July 2: -- Coast Guard headquarters was advised tonight that Amelia Earhart was believed to have alighted on the Pacific Ocean near Howland Island shortly after 5 P.M. Eastern daylight time today.

A message from the cutter Itasca, stationed in the vicinity of the island in the mid-Pacific, said:

"Earhart unreported at Howland at 7 P.M. [E.D.T.]. Believe down shortly after 5 P.M. Am searching probable area and will continue."

Admiral William D. Leahy, chief of naval operations, instructed the commandant of the naval station at Honolulu tonight to render whatever aid he may deem practicable in the search for Miss Earhart.

[A navy flying boat hopped off from Honolulu late last night for Howland Island, 1,900 miles distant, to join the cutter Itasca in hunting for Miss Earhart, The Associated Press reported. Two Los Angeles radio amateurs were said to have picked up weak signals on the frequency assigned to the Earhart radio.]

Coast Guard headquarters here received information that Miss Earhart probably overshot tiny Howland Island because she was blinded by the glare of an ascending sun. The message from the Coast Guard cutter Itasca said it it was believed Miss Earhart passed northwest of Howland Island about 3:20 P.M. [E.D.T.], or about 8 A.M., Howland Island time. The Itasca reported that heavy smoke was bellowing from its funnels at the time, to serve as a signal for the flyer. The cutter's skipper expressed belief the Earhart plane had descended into the sea within 100 miles of Howland.

In a message to Washington, the flier's husband, George Palmer Putnam, who is awaiting her return to this country at the Oakland, Calif., airport said:

"Technicians familiar with Miss Earhart's plane believe, with its large tanks, it can float almost indefinitely. With retractable landing gear and smooth seas, safe landing (on the sea) should have been practicable.

"Request such assistance as is practicable from naval aircraft and surface craft stationed at Honolulu. Apparently plane's position not far from Howland.

"The plane's large wing and empty gasoline tanks should provide sufficient buoyancy if it came to rest on the sea without being damaged.

"There was a two-man rubber lifeboat aboard the plane, together with lifebelts, flares, a Very pistol and a large yellow signal kite which could be flown above the plane or the lifecraft."

Mr. Putnam said his wife had planned to take emergency food rations and plenty of water on the hazardous flight, the most dangerous on her trip around the world.

Earlier the Coast Guard had ordered the cutter Roger B. Taney to proceed from Honolulu to Howland Island to aid the cutter Itasca in the search for Miss Earhart. A message from Honolulu, however, said the Taney was undergoing repairs and could not participate.

Walter McMenamy said he picked up weak signals on 6210 kilocycles at 6 P.M. [10 P.M. Eastern daylight time] and heard the letters "L-a-t" which he took to mean latitude. The letters were followed by undecipherable figures.

The signals continued for some time. Mr. McMenamy expressed belief they came from a portable transmitter. he received other signals from a Coast Guard boat, presumably the cutter Itasca, requesting listeners to "stand by and listen on all frequencies."

Both Mr. McMenamy and Mr. Pierson said the signals came from a hand-cranked generator. Miss Earhart carried one in her plane.

Within 100 Miles of Goals
Honolulu July 2 (AP) -- Amelia Earhart, the world's best known aviatrix, and her navigator, Fred Noonan, were believed forced down at sea today in their $80,000 "flying laboratory" somewhere near tiny Howland Island on a daring attempt to span the South Pacific.

Apparently headwinds had exhausted their gasoline within 100 miles of the end of a projected 2,556-mile flight from Lae, New Guinea.

The alarming silence of the plane's radio spurred into search the Coast Guard cutter Itasca from Howland Island when Miss Earhart's estimated gasoline deadline of 8 P.M. [E.D.T.] passed without word.

A message from the globe-girdling plane, the time of which was translated at Washington by Coast Guard headquarters as 3:20 P.M. [E.D.T.] said she had only a half hour's gasoline and had not sighted land. A later incomplete message was reported at 4:43 P.M. [E.D.T.] Earlier at 2:46 P.M. [E.D.T.] the plane was approximately 100 miles from the island.

The cutter Itasca set out at 8:30 P.M. [E.D.T.] to hunt the missing plane. Coast guardsmen here expressed the belief that aviation's "first lady" and her companion had overshot the minute island and come down somewhere in the vast mid-Pacific region far removed from regular shipping lanes. The cutter prepared to search the little known area northwest of Howland Island.

Bound around the world on an equatorial trail of more than 27,000 miles, Miss Earhart had flown since May 21 from Oakland, Calif., in relatively leisurely stages.

Arriving at Lae, New Guinea, June 28 she awaited favorable weather for the attempt to negotiate the unflown miles to Howland Island, the dot of land that represents the United States' frontier in the South Pacific and is regarded as a potential stepping stone on an air line between the Pacific Coast and the Antipodes.

She left Lae at 10 A.M. local time July 2, which was 8 P.M. yesterday, Eastern daylight time, expecting to complete the flight in eighteen or twenty hours.

The navy tug Ontario stood by half-way between New Guinea and Howland Island, but was not heard from. The Itasca, waiting to receive Miss Earhart at the island received only the barest reports of her progress until the message came that her fuel was about gone.

The next nearest land to Howland is Jarvis Island, a similar mid-Pacific dot forty miles north. Aside form these virtual sandbars there is nothing but water for hundreds of miles.

Howland Island is many hours behind Eastern time, and daylight still existed there with a smooth sea and good visibility prevailing.

The Coast Guard reported receipt of the following message from the Itasca:

Coast Guard officers consulted the army commanders in Honolulu concerning the possibility of sending land or sea planes from Honolulu, but officials said this was unlikely.

Officers aboard the cutter reported they estimated 8 P.M. [E.D.T.] was the latest the plane could stay aloft an that if it had not arrived by then search would be started in the northwest quadrant from Howland Island "as the most probable area."

Headquarters officials said they could not understand the discrepancy between Miss Earhart's report that she had only a half hour's fuel and the Itasca estimate that she could remain in the air until 7 P.M. They added, however, that the Itasca officers might have taken into account a reserve fuel supply aboard the plane.

Information was sought concerning the sea, whether it was smooth enough to aid the fliers in keeping afloat until the Itasca could locate and rescue them or whether it was rough enough to endanger them immediately.

The Itasca radioed Washington the sea was smooth with visibility perfect.

I was driving across the burning desert
When I spotted six jet planes
Leaving six white vapor trails across the bleak terrain
It was the hexagram of the heavens
It was the strings of my guitar
Amelia, it was just a false alarm

The drone of flying engines
Is a song so wild and blue
It scrambles time and seasons if it gets thru to you
Then your life becomes a travelogue
Of picture-post-card-charms
Amelia, it was just a false alarm

People will tell you where theyve gone
Theyll tell you where to go
But till you get there yourself you never really know
Where some have found their paradise
Others just come to harm
Oh amelia, it was just a false alarm

I wish that he was here tonight
Its so hard to obey
His sad request of me to kindly stay away
So this is how I hide the hurt
As the road leads cursed and charmed
I tell amelia, it was just a false alarm 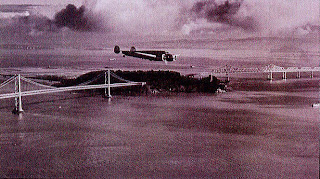 A ghost of aviation
She was swallowed by the sky
Or by the sea, like me she had a dream to fly
Like icarus ascending
On beautiful foolish arms
Amelia, it was just a false alarm

Maybe Ive never really loved
I guess that is the truth
Ive spent my whole life in clouds at icy altitude
And looking down on everything
I crashed into his arms
Amelia, it was just a false alarm

I pulled into the cactus tree motel
To shower off the dust
And I slept on the strange pillows of my wanderlust
I dreamed of 747s
Over geometric farms
Dreams, amelia, dreams and false alarms