SELMER, Tenn. (AP) - Officials in Tennessee say three more people have died after a drag-racing car lost control and careened into a crowd of spectators, raising the death toll to seven.

The crash last night occurred during an "exhibition burnout" - when a driver spins his tires to make them heat up and smoke - at the Cars for Kids charity event in Selmer, located about 130 kilometres east of Memphis.

The identities of the victims and the driver were not immediately known.

(From Yahoo!News via CP)

(I was a little skeptical of the "parade" reference in the headline, so I checked for another story. Here's a quote from an earlier article by CBC: "A drag-racing vehicle went out of control during a parade and spun into a crowd of bystanders in Selmer, Tenn., on Saturday, killing four people and injuring up to 15, authorities said." So, my question is, "This is, like, on the street? In a parade? With people standing at the curb?)

For those of you who don't know what a burnout looks like, here's a photo: 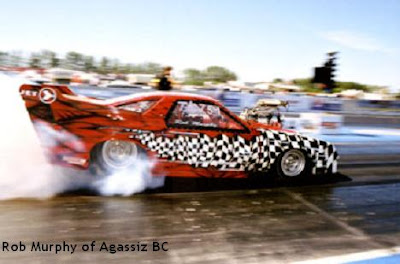 The purpose of a burnout at the dragstrip is to heat up the tires so that they provide better traction off the start line.


Now I want to show you another photo taken, like the previous one, at a dragstrip, but with a wider view: 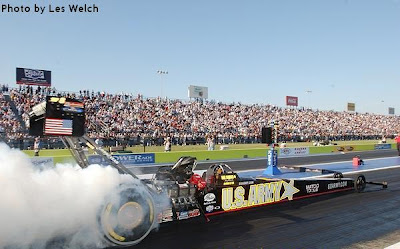 What do you notice about this? See how far away the stands are? See the barriers? That's because the behaviour of dragsters under pressure can sometimes be unpredictable. They call these barriers a safety measure.


Now let me show you another photo: 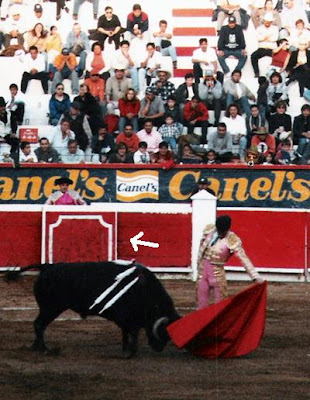 Take a look where the arrow's pointing. That's what they call a barrier. They call it something else in Spanish, but what they mean is, it's a barrier. Notice the bullfighter behind the barrier. Notice how the people are sitting up in the stands? Why do they have these stands, separated from the bullring by barriers? I think the organizers think it's a safety measure. Because bulls under pressure can be unpredictable.

In the west, maybe especially in North America, (unbridled individualists and pursuit of happiness fanatics that we are,) we sometimes chafe at the idea that we can't go anywhere we want and do anything we want however we want. I know I do.

Sometimes in the heat of the moment or the press of events, we do stupid things unthinkingly. I injured my left hand severely once in just such a circumstance.

But this event was planned and they had even done it in previous years and still nobody said, "Hey, maybe this ain't such a good idea."