OK, so Oktoberfest is over now. It's history like the Canajun federal election. All that's left is the hangover.

I don't hear much from HWSRN when that whole Oktoberfest thing happens. He's like Shantideva during that time. The Shantideva of Beer. He eats, sleeps and shits. Not much else.

But perhaps, just like Shantideva, he possesses more enlightenment than meets the eye. He dragged himself into the Yoni School this morning to tell me all about his adventure on Friday night, the second last night of Oktoberfest.

The Black Forest Band, BFB to those who know, is famous for doing their own unique version of the Hokey Pokey. Friday night, just as they finished the song, some drunk or deluded guy, actually pretty clean-cut, well-dressed and normal-looking, grabbed one of the microphones off the stage. (Naturally, security was not on top of the situation...too busy watching gurls...)

The guy began screaming into the mic, "You're all a bunch of effing lemmings! Don't you see what they're doing? They're trying to brainwash you! Don't listen to them...!"

This went on for about fifteen seconds. At first nobody could figure out where the yelling was coming from. The band uses in-ear monitors and so they all heard what he was saying but couldn't figure out who was saying it. Not even the guys in the front line. But HWSRN, who resides in the back beside Phil In the drummer-guy, went out front and noticed the doofus on the dance floor.

Doofus was raving. It was necessary to shut him up. (Still no sign of any activity from the security people who, sez HWSRN, were really very lax all week long.) HWSRN calmly walked to the edge of the stage, looked down at Doofus, and then gave him a swift cuff upside the head. Not hard, just enough to get his attention. Doofus glared at HWSRN, and threw the mic at him, which he caught. And HWSRN promptly gave Doofus a little bonk on the top of the head with the mic. Then security decided they could handle Doofus and escorted him off the premises.

Within ten minutes, the news had spread around the whole club complex...the tent, the club, the basement bar, the parking lot attendants, buspersons, bartenders, waiters & waitresses. HWSRN was instantly famous.

He sez the guys in the band razzed him a bit, Mr. Grumpy Buddhist, non-violent cuffing somebody upside the head. But HWSRN replied with, "Sometimes what you need is just a little satori." Sudden enlightenment. That's what Doofus received. Just a bit of a smack to wake him out of his self-induced trance.

HWSRN sez his life is more or less complete now that he finally actually got to smack somebody upside the head...a phrase which he has used frequently over the years...

(A Sort of Postscript: Ironically, Doofus probably wasn't entirely wrong...The Hokey Pokey, and Oktoberfest partying in general, involves repeatedly repeating certain phrases, like (in the Hokey Pokey) "Polka Heads, Polka Heads". And Zicke Zacke Hoi Hoi Hoi. And E-I-E-I-E-I-O. And in the Chicken Dance, BFB has a habit of sending out semi-subliminal messages: "Let's Drink More Beer..." So there is a sort of indoctrination going on. You get a crowd of several thousand people with their hands splayed on their heads like a rooster's comb shouting "Polka Heads!" over and over, and one might think there's a certain collective insanity going on. But brainwashing and lemmings...well, that's a bit of exaggeration. There's nothing more nefarious going on than silly fun fuelled by beer.)

HWSRN also brought some photos taken over the course of the nine days, and some also from the pre-Oktoberfest show which included Tom Cochrane and Red Rider, and Burton Cummings. So here are a few backstage-type shots... 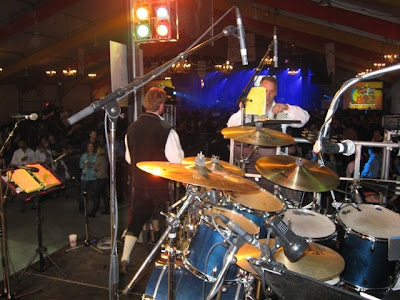 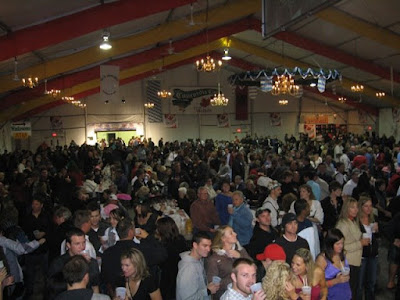 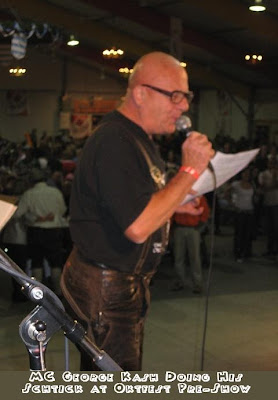 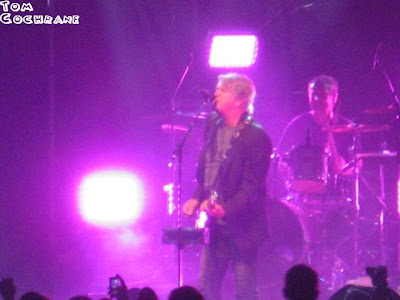 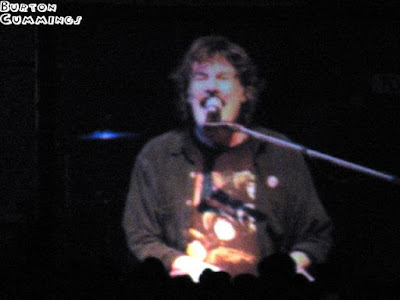 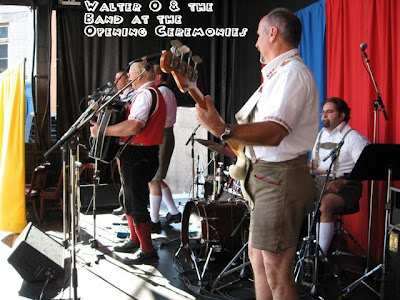 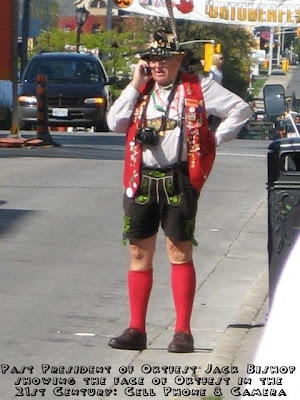 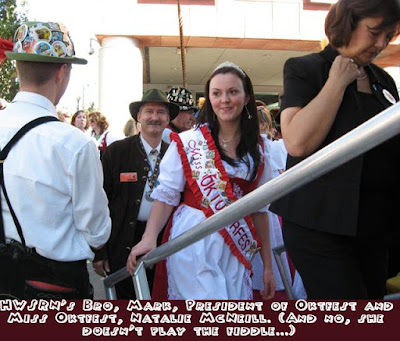 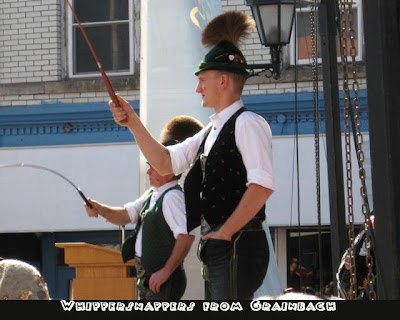 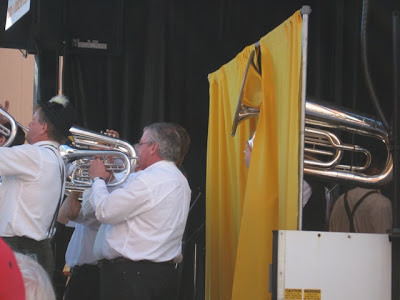 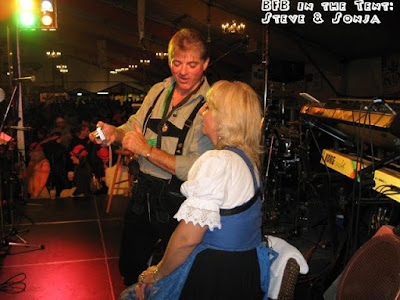 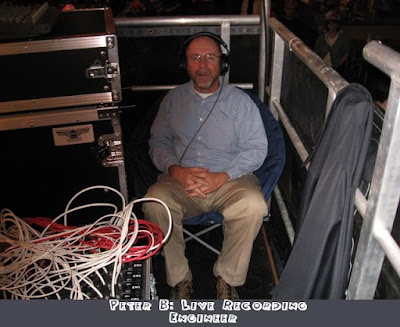 (A Sort of Second Postscript: BFB recorded the last 4 days, so stay tuned for live recording CD in the future.)

That was a fun posting!

I've yet to smack someone on the side of the head, although I did smack Bobby Bacon last night, since he kept getting up and down, up and down, doing this, doing that, when he was, at the very same time, watching Boston Legal Season 5 DVD. He kept missing all the good parts! So finally - *smack*!

I like the phrase "Doofus On
The Dance Floor." Make a great title for a book or a poem...