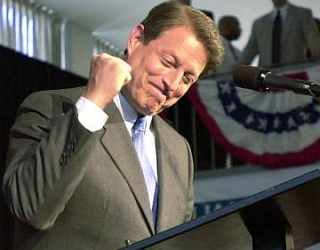 Al Gore For President in '08

The buzz is growing for an Al Gore nomination. Check out Howard Kurtz's bloggy thing in the Washington Post. Kurtz starts out by talking about Gore's appearance on Saturday Night Live. The video clip is available here.

This is way better than Joe Who returning to lead the Permanently Constipated Party back in the 90's.

Email ThisBlogThis!Share to TwitterShare to FacebookShare to Pinterest
Labels: US Culture, US Politics