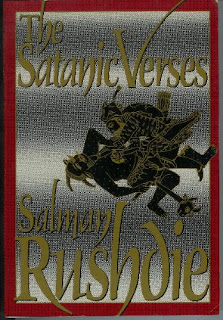 Oh my, you're back Larry! Good to read you again! I read Satanic Verses many years ago, and more recently, read a collection of essays by Rushdie, which interestingly enough (since your counterpart wrote a piece about The Wizard of Oz), included an essay about the Dorothy tale - there's no place like home...

Do you know the book I'm referring to? If you haven't read it, let me know, and if you wish, I'll trace it down in my messy book shelf and lend it to you.

I have not read that collection of essays, but a friend gave me a copy of his piece on Oz. I enjoyed that thoroughly.